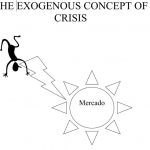 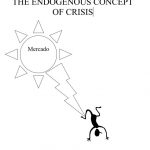 At the 1999 Madrid conference, I presented a number of papers and at Diego Guerrero’s invitation gave an undergraduate seminar. In the shadow of the 1998 crash, the central question facing Marxist Political Economy (then as now) was to provide an explanation for the tumultuous events that increasingly dominated the evolution of the capitalist world system, above all – at that time – in the United States. All my papers focussed on the issue of the endogenous nature of this crisis, and also of the unexplained rise in international inequality, which with the passage of time, drew increasingly urgent attention to its disastrous effects on poverty worldwide – leading among other things to the Jubilee 2000 movement, IMF riots, and the rise of Vladimir Putin.

Marx, in distinction to neoclassical economics and sadly, for the most part the ‘Marxist’ economists of the day, demonstrates that that both the periodic or recurrent crisis of capitalism – its financial crashes and recessions, and the secular crises of long duration which produce stagnation and decline – are generated from within capitalism itself. His law of the tendency of the rate of profit to fall is at the centre of this demonstration, though neither he, nor TSSI scholars, presented as the sole explanatory variable required to understand each particular crisis. This is one of the reasons – probably the principal reason – for the ferocious resistance and ridicule to which this law has been subjected: it decisively demonstrates that capitalism is responsible for its own problems, which is one of the most uncomfortable possible conclusions to be associated with, for any academic or practitioner seeking employment anywhere within the religious system that constitutes modern economics.

My papers to the Madrid conference set out to exhibit, and pin down, the concept of endogeneity itself (a concept not confined to Marxism and hotly debated in the field of business cycle theory, but less well-known to the general public.

This paper entitled ‘Four endogenous market failures which (TSS) value explains better: Inequality, Unemployment, Crisis and Liquidity Preference’ was in particular intended to show that a proper treatment of endogeneity requires the concept of value, and shows that this is a distinct concept from both price and so-called ‘real value’ or ‘physical product’, without which endogeneity cannot be rigorously grounded theoretically.

Below this text I have included the slides that accompanied my undergraduate seminar presentation, which are in Spanish.

We're not around right now. But you can send us an email and we'll get back to you, asap.